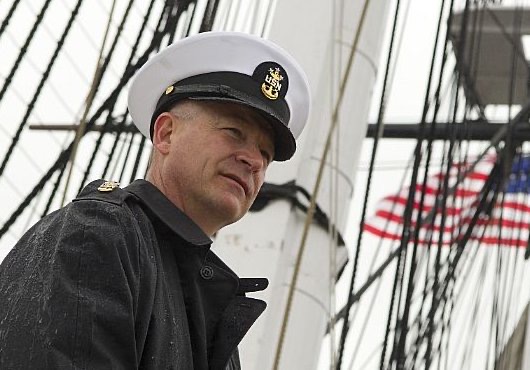 True leaders emerge in difficult times. After all, almost anyone can “lead” when the seas are calm. The true reveal is when we face storms.

And we all face storms. How we navigate those storms often reveals who and what has influenced us over the years. We all know people, regardless of the circumstances, who appear “all good” when the world is crumbling around them. Those people seem to have figured out how to tap Yoda. And then there are those who freak at a one degree course correction, concerned that they failed and will be judged, and have fallen short. And their fear holds them back from truly living.

One individual who has learned how to tap “Yoda” is Master Chief Petty Officer of the Navy (Ret.) Rick West. He achieved rare air becoming one of only sixteen individuals in the Navy to ever hold the position of MCPON.

Born in Georgia, Rick was inspired by a cousin who served on the Kitty Hawk during Vietnam, and found himself joining the Navy shortly after. Through hard work, discipline, an attention to wanting to serve others, Rick found himself in roles he never thought he was qualified for but had to deliver on. That is leadership. Leading when it is required, not when you think you are qualified.

Today, Rick West, 12th Master Chief Petty Officer of the Navy (Retired), helps others understand the importance of strong crisis leadership. Rick is the co-author of the new book Breaching the Summit: Leadership Lessons from the U.S. Military’s Best. He been given numerous personal awards including the Navy Distinguished Service Medal, Legion of Merit and Navy Commendation Medal.

Bottom line: leading isn’t always convenient and you won’t always think you are “ready.” But it is in that moment you’ll have the opportunity to show that you are a true leader – willing to lead even in the difficult moments.