The Fight Worth Winning: A Delta Force Operator’s Battle to Save His Marriage 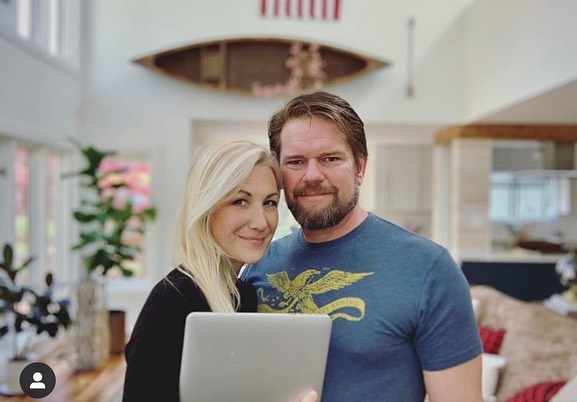 Those who are struggling with depression, moral injury, suicidal ideation, and other personal issues has certainly risen this past year due to the pandemic, social unrest, and economic uncertainties. But there is a segment of the American population that has struggled with these issues for decades due to service to this country. Often known as PTSD…

On this episode of The Military Wire, Jen and Tom share how they were on the brink of marital disaster because of Tom’s PTS, saved it, and now today both help thousands of military couples find that spark and fan the flame. Their books are life savers (you’ll have to listen to get the titles).

Jen Satterly knows about PTSD from years of first-hand knowledge and training, embedded with the Green Berets, Army Rangers, and Navy Seals during Realistic Military Training exercises, witnessing the struggle of men and women dealing with PTSD. It became even more personal when she fell in love with her husband, Tom Satterly.

Tom is a highly decorated combat veteran, having served in the Army for 25 years with the last 20 in the US Military’s most elite Tier One Unit, Delta Force. He has been involved in some of our nation’s most important military missions, including the capture of Saddam Hussein. After decades of service, Tom was close to suicide from PTSD.

If you know someone who is struggling emotionally – whether as a single or as a couple – you’ll want to listen in to this episode so you can be part of the solution.