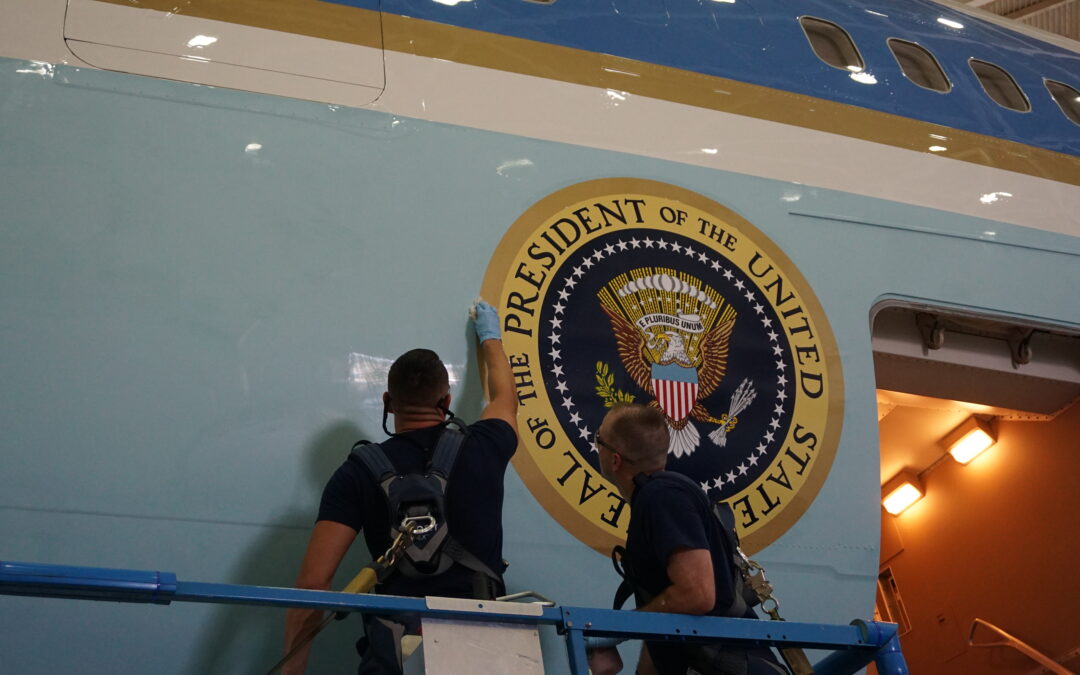 A symbol of power and strength for over half a century, Air Force One, the aircraft assigned to transport the president and his team, has continued to modernize over the decades. For the first time, National Geographic follows the classified mission to create the president’s new aircraft, providing an inside look at the cutting-edge engineering and technology that transforms the plane into a top-secret command center.

The documentary premieres on National Geographic, February 15, and takes the viewer from the Mohave Desert, where the two 747-8s were parked, to the San Antonio Boeing Defense Facility where the aircrafts are undergoing an impressive transformation.

After three decades of presidential missions, while in office President Obama ordered two new Air Force One aircrafts to replace the aging fortresses. In 2017, President Trump cancelled those orders, citing “the price was too high,” and negotiated a new deal that lowered the costs while improving the upgrades.

Beyond just providing an “inside-look” to the technology and the costs of this new state-of-the-art flying White House – that can defeat missiles, withstand nuclear radiation, and provide secure communications – the documentary also introduces the viewer to the history of the symbolic aircraft that was born of war.

Starting with FDR and the Douglas C54 Skymaster that took him to the historic meeting ending WWII, the film also shares the historic moment in 1963 when Lyndon B Johnson took the presidential oath on the Boeing 707 Air Force One, becoming the only individual to date to be sworn in on Air Force One.  You’ll watch and hear of the heroic efforts of the crew to covertly drop Air Force One into a war zone so that President George W. Bush could serve Thanksgiving Dinner to the troops in Baghdad during the height of the Iraqi War; and you’ll watch in remembrance how President George HW. Bush christened the soon to be retired Air Force One in 1990 and how, in 2018, it also served as his chariot to his final resting place in Texas.

For those who love planes, you’ll love this documentary. It takes you into the stripped-down shell, the wing design, and the generators needed to make this new Air Force One the most powerful and technologically advanced aircraft on the planet. For those who are borderline, but have a love for history and for country, you’ll watch with wonder and awe what this symbol of strength means to the world and the ingenuity of the talent behind this flying fortress.

THE NEW AIR FORCE ONE: FLYING FORTRESS documentary will entertain the engineer and the historian – and even the patriot.

Be sure to watch THE NEW AIR FORCE ONE: FLYING FORTRESS starting February 15, 2021 on National Geographic