The Secret to Getting the Benefits You Earned 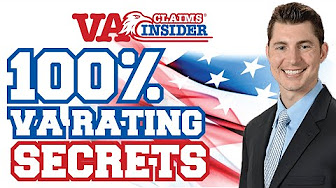 Navigating the VA to get the benefits you’ve earned through your military service can be difficult. In the latest interview on The Military Wire, with Air Force officer and author Brian Reese, we reveal the secret to landing those benefits and bringing you some peace of mind.

It is no secret that eight out of 10 veterans are not receiving the benefits they deserve by law and less than 25 percent (or 4.9 million) of veterans alive today are receiving disability benefits by the U.S. Department of Veterans Affairs.

Brian Reese wrote You Deserve It to change those statistics. But he didn’t start there. He started from a point of depression that almost cost him his life.

Like many Veterans we may know, Brian Reese was good at masking his PTSD, bipolar disorder, depression, and anxiety. He even told himself he did not “deserve” benefits, which he later discovered was untrue. As an air force officer deployed to Afghanistan, he embodied the motto of “service before self.” Unfortunately, like many veterans, his service came at his own expense, and abusing alcohol and drugs to cope with mental health issues nearly ended his life.

But through good fortune and the power of pure vulnerability, Brian began a transformational journey of overcoming social stigmas and persevering through adversity. This journey has become a global movement of Veterans Helping Veterans Worldwide™.

In his new book, a complement to his Austin-based business, You Deserve It: The Definitive Guide to Getting the Veteran Benefits You’ve Earned (Scribe Media – May 11, 2021), Reese provides veterans with a step-by-step blueprint to help them obtain virtually unknown federal and state benefits.

He reveals this step-by-step on this latest interview of The Military Wire.