The Secret to Veteran Success in Corporate America 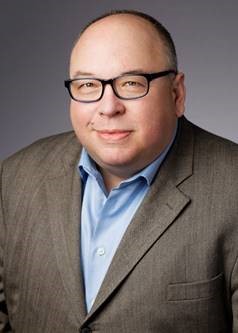 What if what you learned in the service is the secret to your success in corporate America?

Bruce Evans, Army Veteran and VP of Franchise Development for the nationally renowned food chains Capriotti’s and Wing Zone, shares how his military experience – and what specifically from his military service – opened the doors to his climb in corporate America.

Be sure to listen closely – because the secret to your success is revealed in this latest episode of The Military Wire. And there just might be an opportunity for you…with Bruce’s team.

Bruce didn’t have it easy. He faced some hardships. But there was a defining moment in his service that changed his life. And that moment has been one of the keys to his success.

Now driven by his innate sense of urgency and refusal to remain stagnant, Bruce has been at the forefront of the Capriotti’s evolution for close to a decade now. He’s helping to provide guidance to the brands network of 500+ nationwide franchisees, integrate modern tech advances (AI, delivery systems, app development) into the company’s daily operations, and ensure that the culture and values that make Capriotti’s the fan-favorite chain it is today remain consistent in every corner of the country.

And he’s looking for great Veterans who are willing to lean in to discovering how to bring their skills to the franchise world. (He gives his phone number in the interview.)

The Military Wire, hosted by Mike Schindler, interviews some of America’s most elite men and women who have served this country in hopes that you the listener will gain an “ah-ha” moment that will help you move your life forward. Mike is a US Navy Veteran, an award-winning author, and has been featured on Yahoo Finance, the Boston Globe, NY Post, USA Today, Q13 Fox, and numerous other media outlets discussing why today’s Veterans are truly one of America’s Greatest Assets. Mike is the author of two highly endorsed books, “Operation Military Family: How Military Couples are Fighting to Preserve their Marriages,” and “U.S. Veterans in the Workforce: Why the 7% are America’s Greatest Asset.”